The hub for coaching &
mentoring entrepreneurs

The practice of coaching and mentoring entrepreneurs has grown in both public and private sector entrepreneurship initiatives in recent years as a way of developing business ideas and driving them forward. Arca aims to support you in informing and enriching this practice, so that we can provide entrepreneurs with the best support possible to develop and grow their businesses.

Our vision is the be the go-to place for knowledge and insights on coaching and mentoring entrepreneurs.

What’s New will provide insights from research that is published in academic journal articles. We’ll be providing summaries of what the research tells us, along with recommendations for how you can apply them to your practice. When can mentoring build an entrepreneur’s self-efficacy?

What does the research tell us? St-Jean and Mathieu (2015) showed that mentoring increases the entrepreneur’s self-efficacy and confidence in capacity to clarify their business vision and increase their management skills. The increased self-efficacy results in the entrepreneur feeling more positive about their future success potential. END_OF_DOCUMENT_TOKEN_TO_BE_REPLACED Managing the perception of coachability

What does the research tell us? Bryan et al. (2017) used a dataset of high-growth startups in a university incubator and found that it was possible to predict which firms were more likely to follow advice than others. Firms that followed advice from a mentor were likely to be newer and smaller teams and were thus perceived as more coachable than firms that did not follow advice and who were seen as stubborn (Bryan et al., 2017). They also found that the reason some firms were not following advice could be because they already possessed the capabilities relating to the advice given, which ... END_OF_DOCUMENT_TOKEN_TO_BE_REPLACED What does the research tell us? Coachability is defined by Ciuchta et al. (2018) as “the degree to which an entrepreneur seeks, carefully considers, and integrates feedback to improve his or her venture’s performance.” They found that coachability serves as a signal in a pitch setting and can influence a potential investor’s willingness to invest, depending on the investor’s prior coaching experience i.e. potential investors with a higher level of prior coaching experience are more likely to notice and value the coachable entrepreneur. Not only can coachable entrepreneurs be perceived to ... END_OF_DOCUMENT_TOKEN_TO_BE_REPLACED

Resources will point you towards useful sources of information that you can read, watch or listen to broaden your knowledge and develop professionally. Some of these will take you outside of entrepreneurship and deeper into the coaching and mentoring worlds, but of course you will find knowledge and insights that you apply to your practices with entrepreneurs. We share some of our own recommendations, plus links to other sites that you can also explore further. This is one of ‘the’ books in the coaching world, with the well-known GROW model for coaching (goal, reality, options, will). As well as GROW, the book provides a great introduction to coaching principles, as well as the benefits and ROI (return on investment) of coaching. END_OF_DOCUMENT_TOKEN_TO_BE_REPLACED 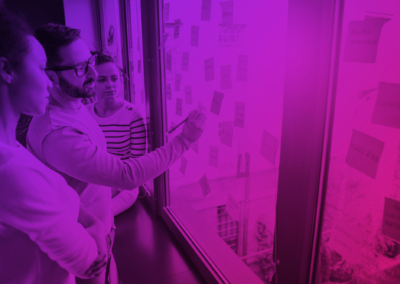 The Playbook A Coach’s Rules for Life

This is a Netflix (2020) series with coaches such as Patrick Mouratoglou (tennis coach for Serena Williams), Jose Mourinho (football coach) and Dawn Staley (basketball coach) sharing insights on how they coached their teams to success. The coaches share their methods and experiences, so this provides good inspiration for techniques you might like to try. END_OF_DOCUMENT_TOKEN_TO_BE_REPLACED This is an easy and practical read that takes you through a series of 7 essential questions you can ask during your coaching interactions to make them more useful. END_OF_DOCUMENT_TOKEN_TO_BE_REPLACED

Arca, the hub for coaching and mentoring entrepreneurs was founded in 2021 and is led by Dr Harveen Chugh, winner of two National Enterprise Educator Awards. Harveen is a Consultant and Associate Professor at Warwick Business School.

The NCME network is 2+ years old

Co-founders collaborating from Imperial and Warwick

Members from around the globe and growing!